Laser Sporting is surprisingly athletic and a huge amount of fun. The difference between League and regular Laser Tag, is that you get to experience Laser Tag as part of an organised 5 person team. Your team will develop good communication and technical skills throughout the 10 week season to become a cohesive unit by finals time.

HOW DOES A LEAGUE NIGHT WORK ?

Each week we play 3 games and a warm up game. You will play from red, blue, and green once, each night. Teams accumulate competition points for their victories. A team receives 6 points for 1st, 4 points for 2nd and 2 points for 3rd. If a team is tied on competition points, their teams average score determines their ladder placing.

After the Grand Final we announce the results and give out awards for acknowledgements, such as Most Improved Player, Most Valuable Player and Best New Player 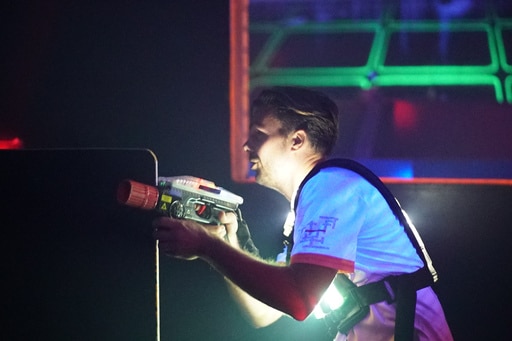 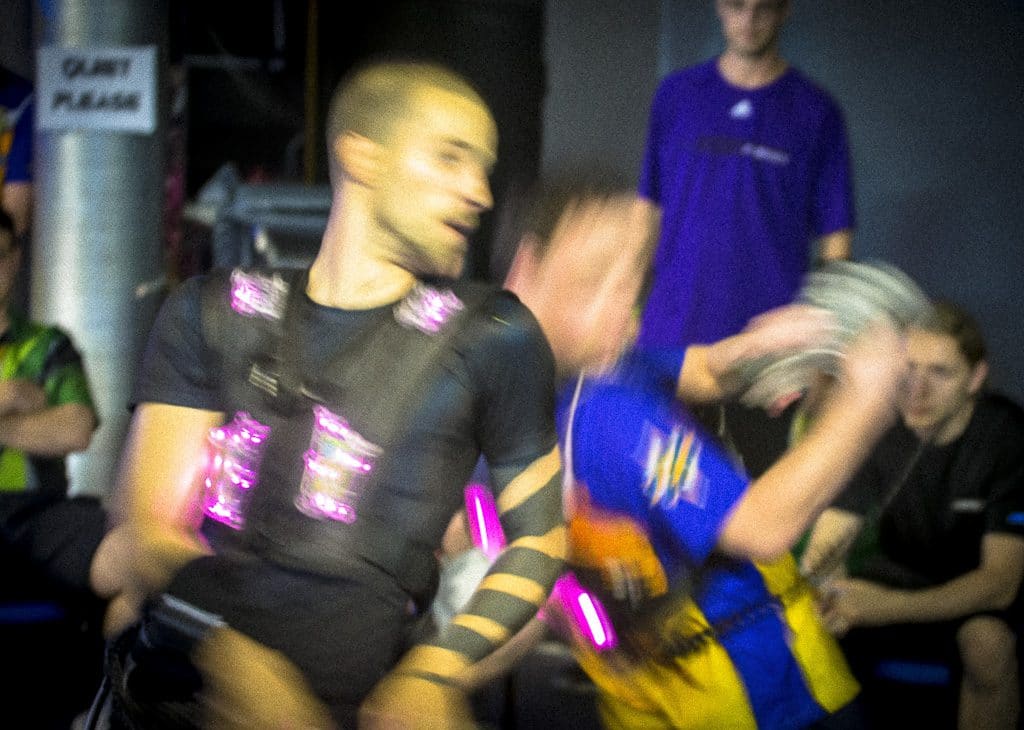 HOW DOES A LEAGUE GAME WORK?

One of the things that makes Laser Sports different to other sports, is that each game has 3 teams; Red, Blue, Green. Each team has 5 players and a home base. Each player can destroy the enemy bases once each. So this means each team can destroy up to 10 bases per game.

You will pick up 3001 points for a base and 150 points for a tag on another player. A team’s score is predominantly made up from tags and base destroys.

In a typical game, most teams will have a number of players (usually 2 or 3) protecting their home base and a couple of players (2 or 3) attacking the enemy bases. As players destroy enemy team bases they will need to return home to swap with a defending player who still needs to destroy the bases. All this coordination and swapping of players will be handled by your team captain. Your team captain is your coordinator inside the game.

Another big difference between public games and League games is base evacuation. Around each base is a set of fluro lines on the floor that indicate the perimeter of a base evacuation area. You need to be active to be in this area. This creates an area around the base stations that defending and attacking players battle over in order to protect or destroy the base. If you are in an evacuation area and you get tagged, you must leave the area before reactivating.

When a team becomes more advanced they gain an advantage by having defending players float out and collect tags when no one is attacking them. A team’s ability to simultaneously collect tags, destroy bases and reduce other team’s scores by defending bases determines their success.